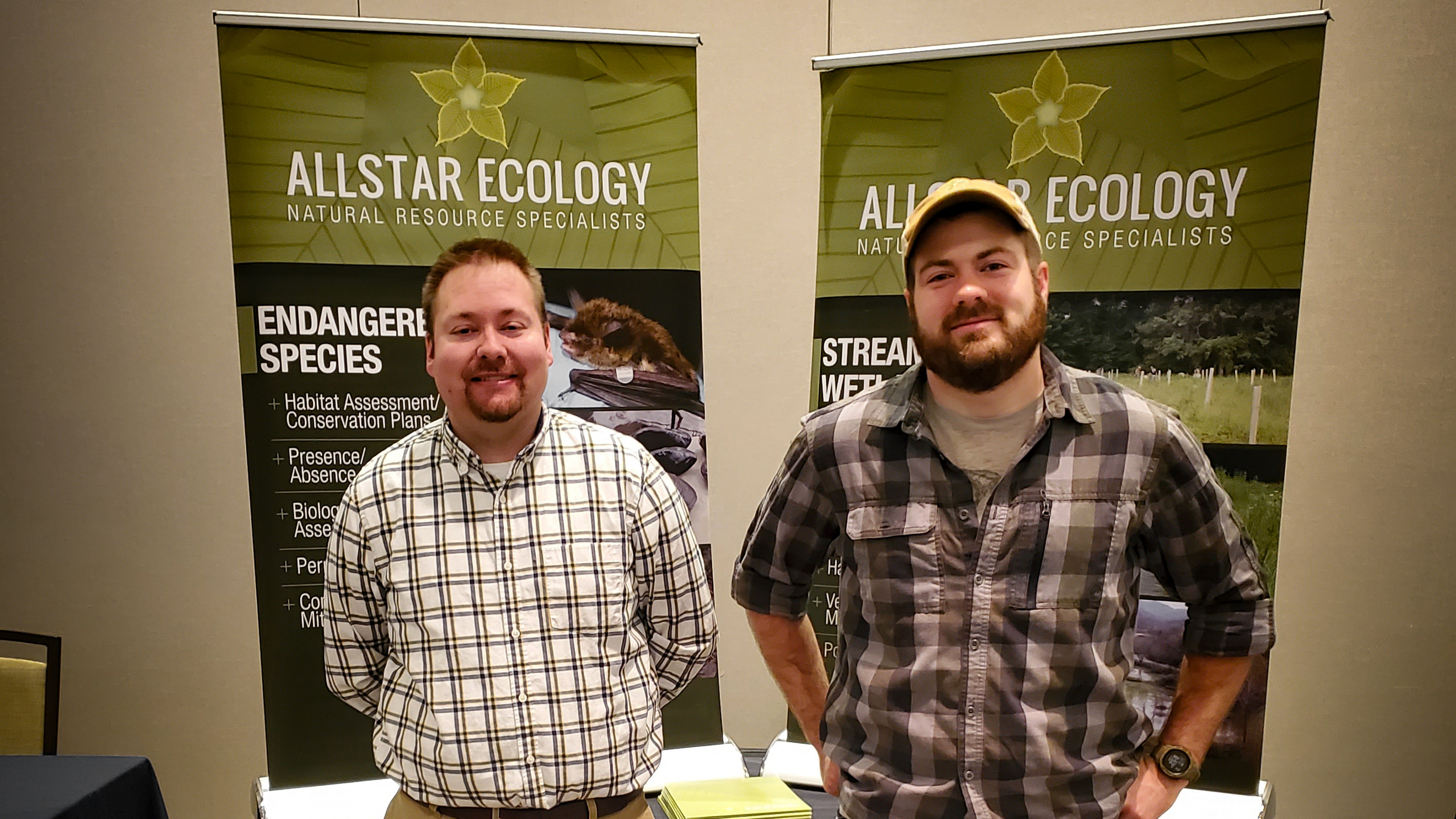 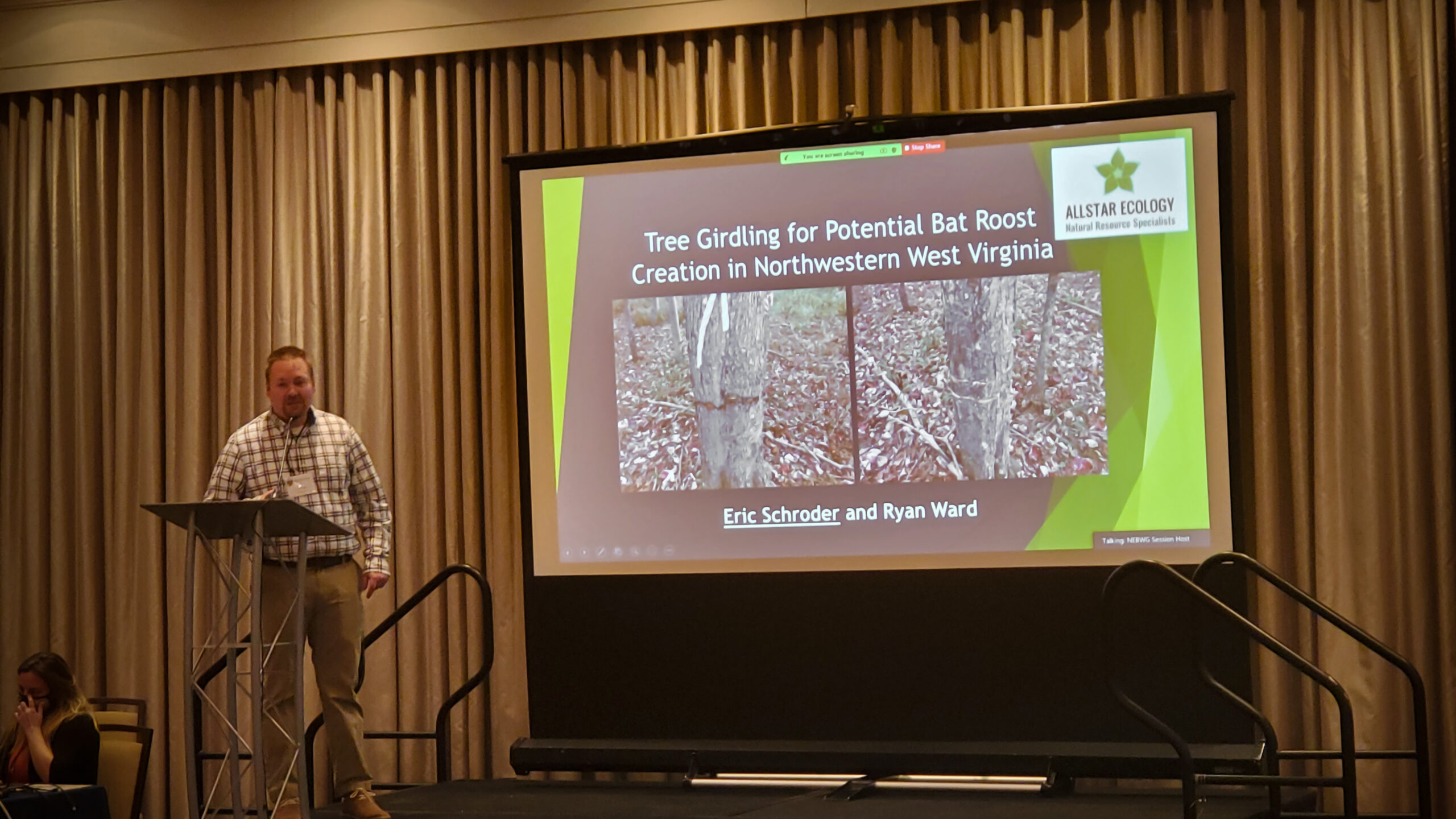 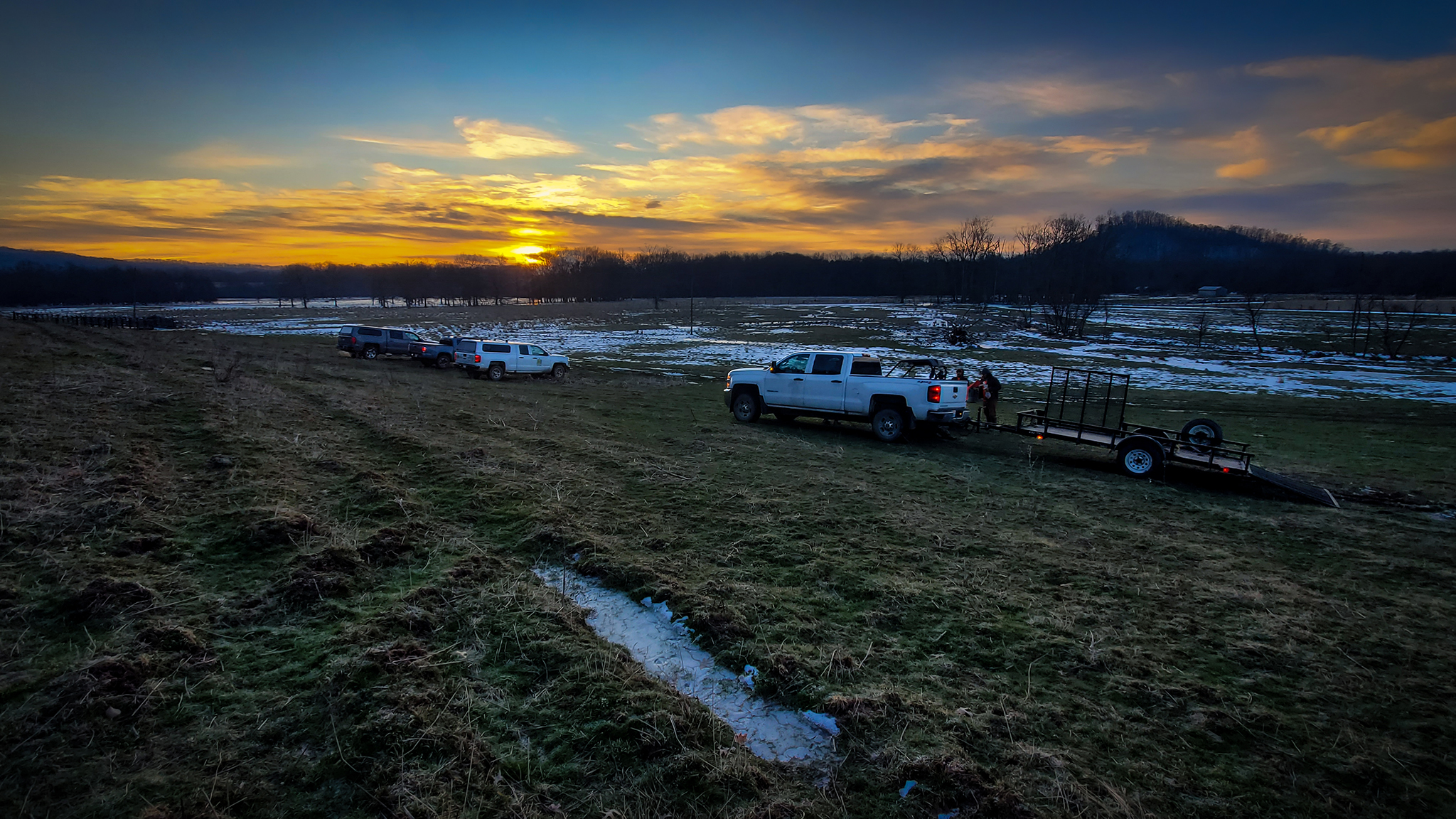 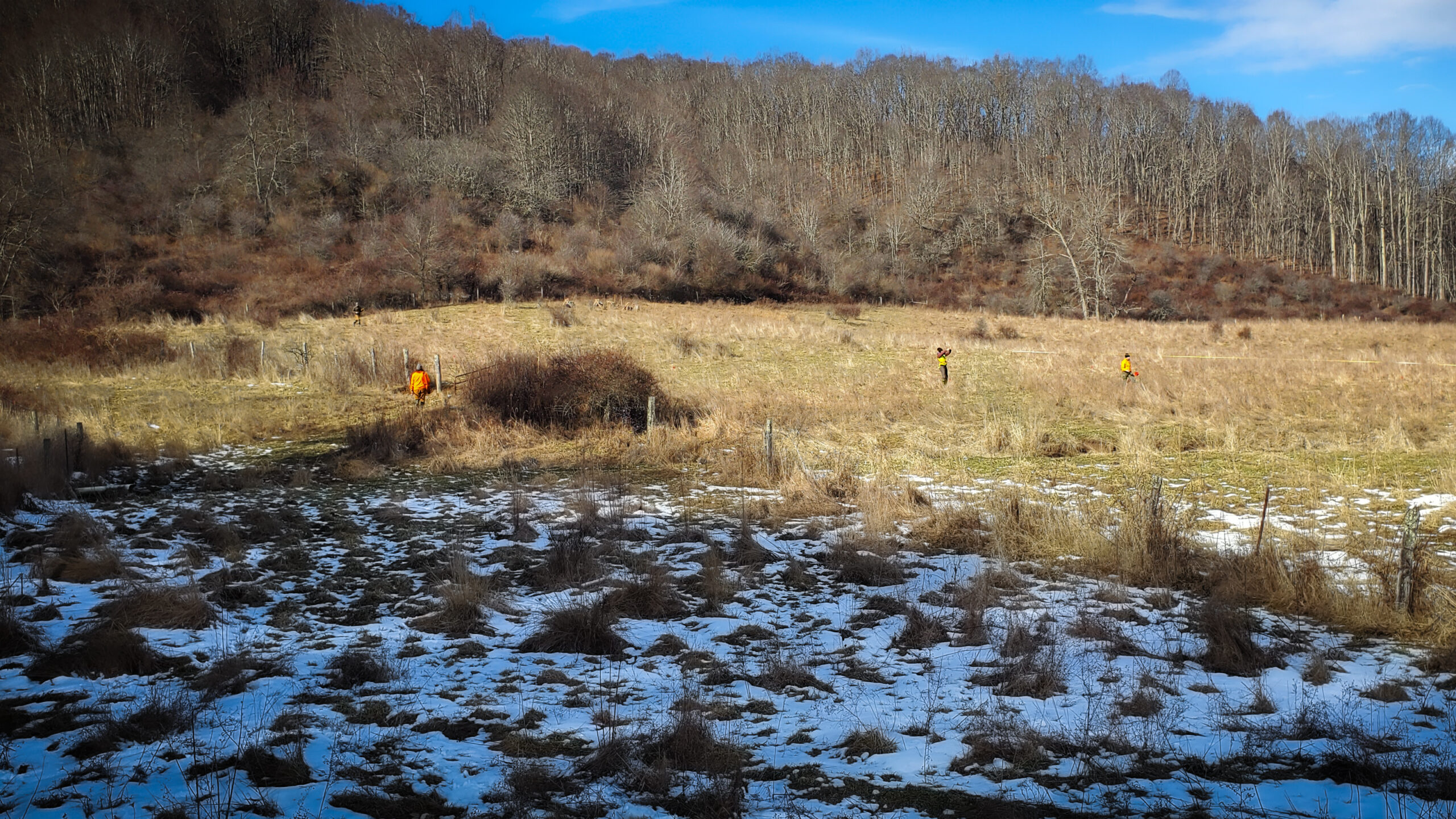 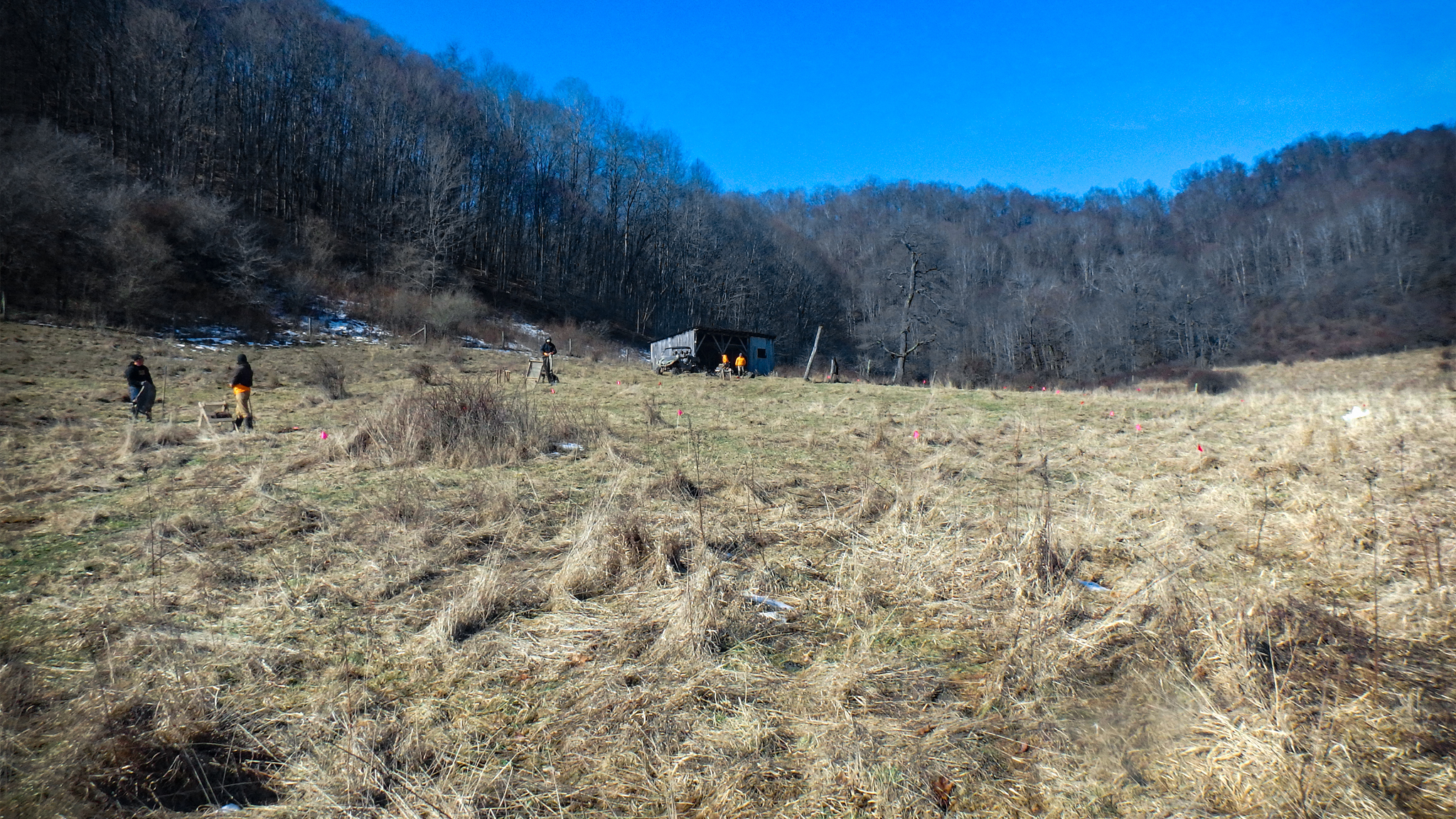 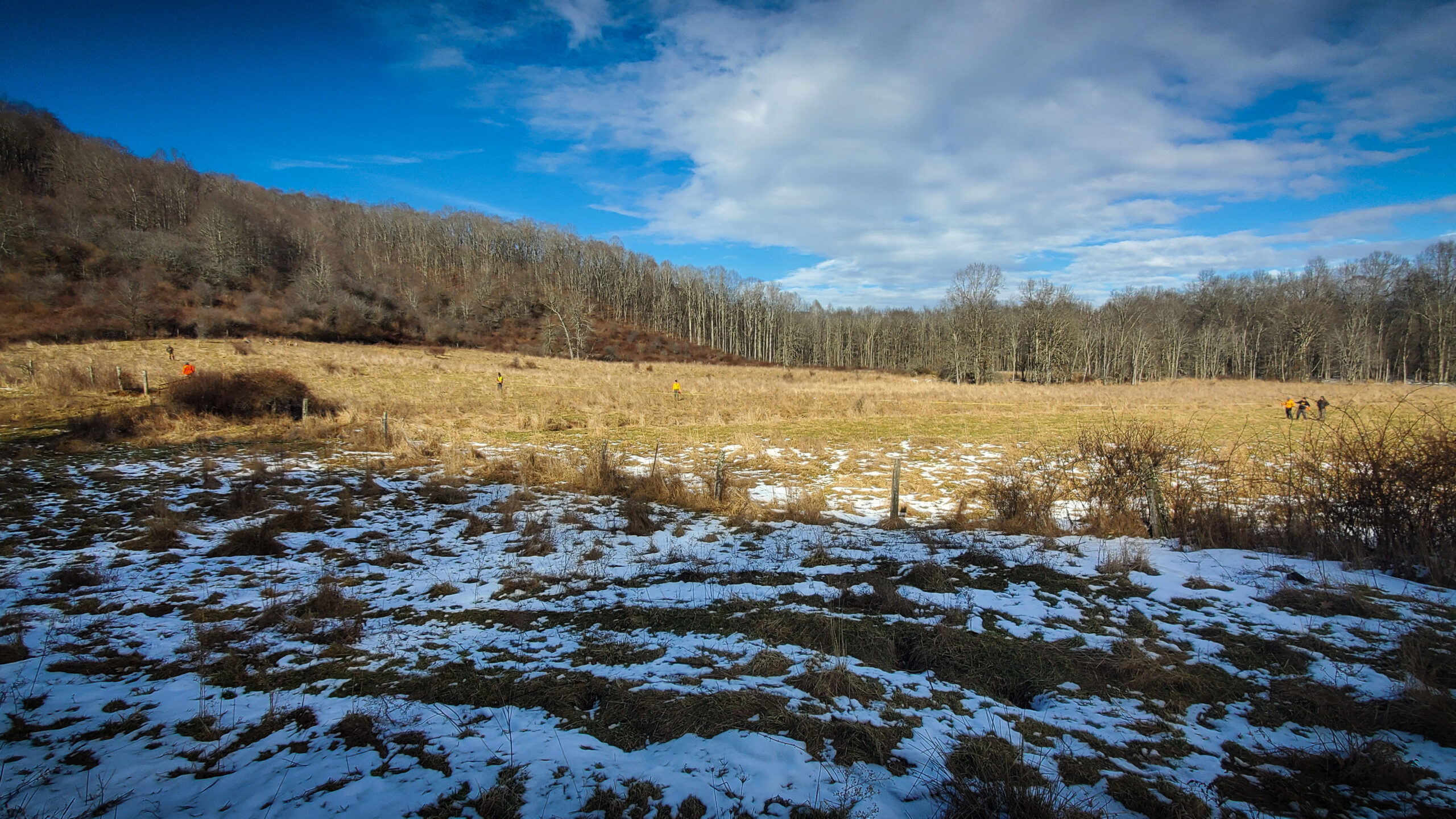 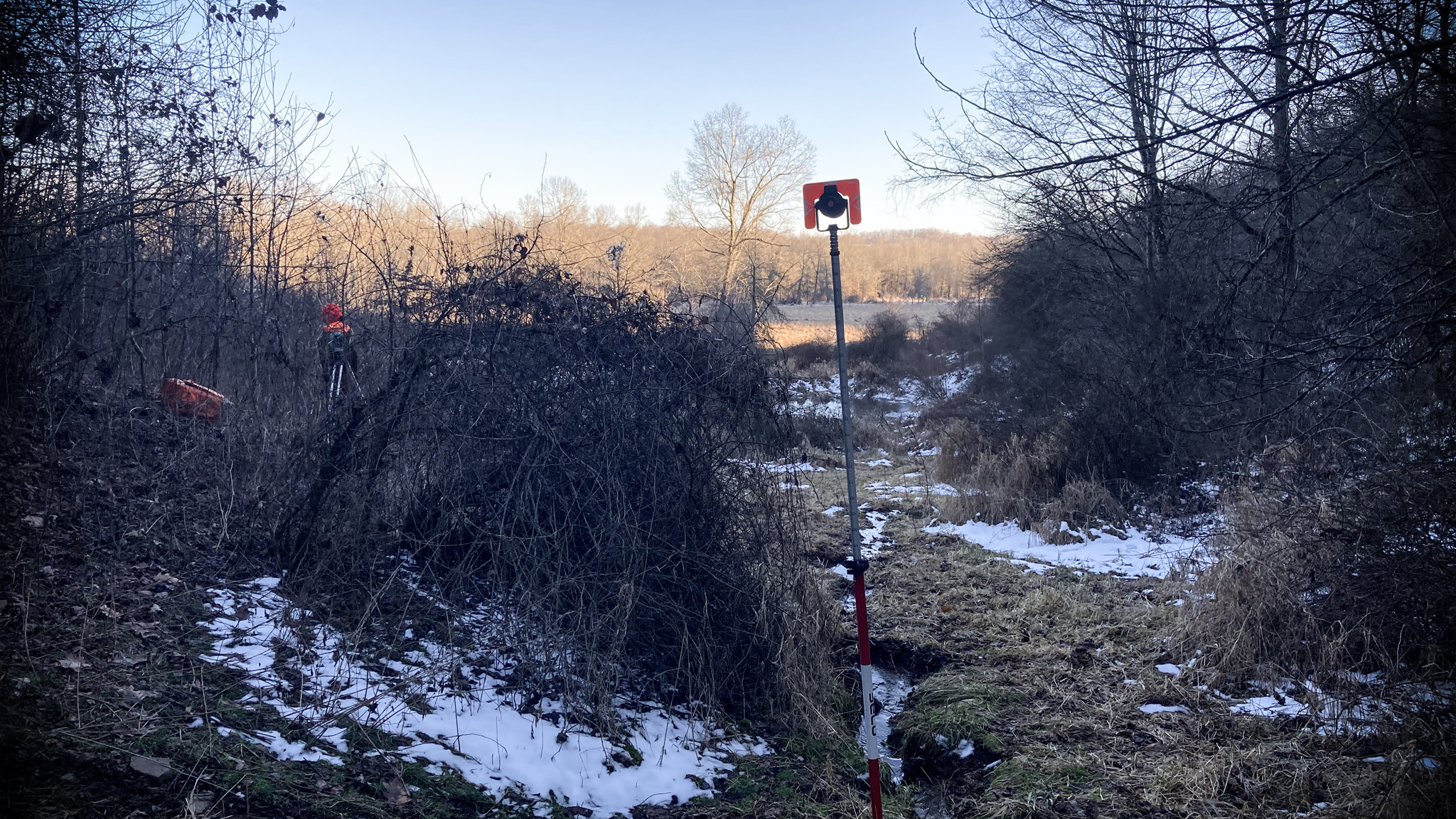 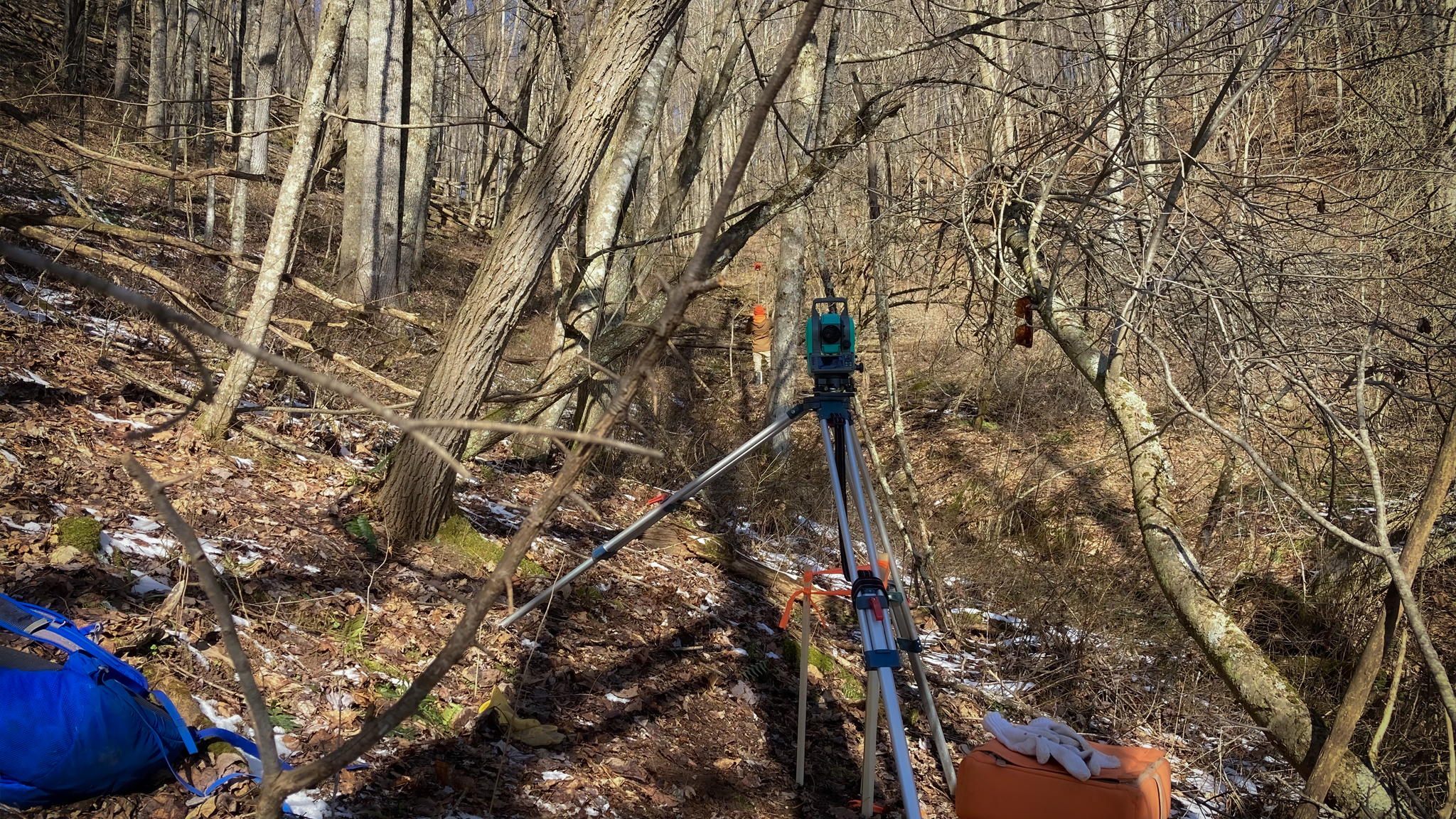 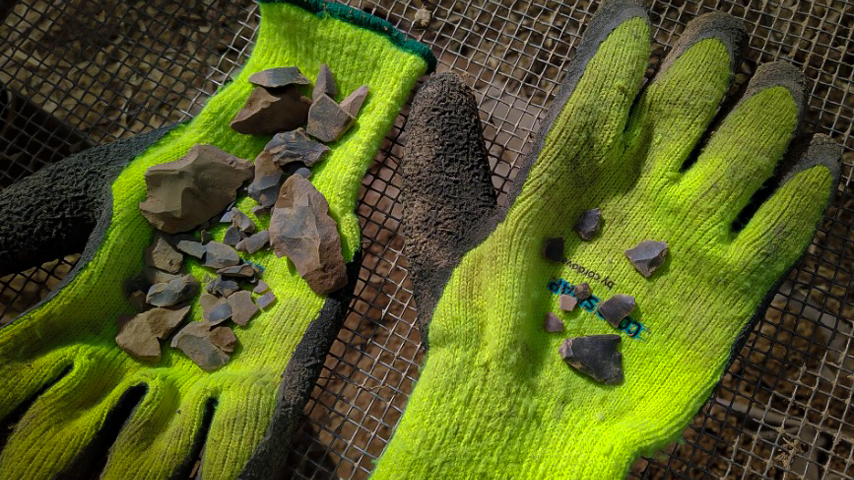 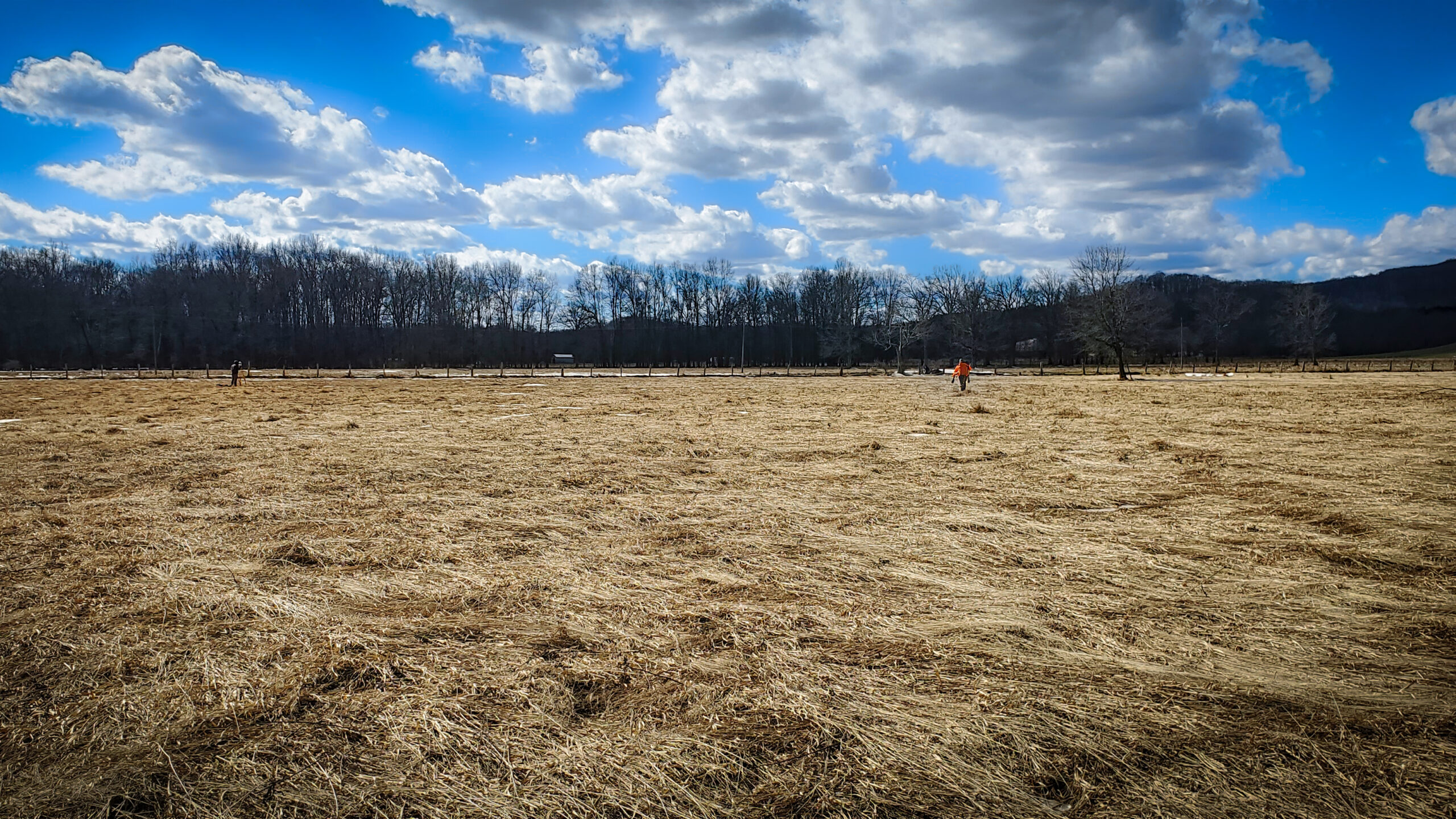 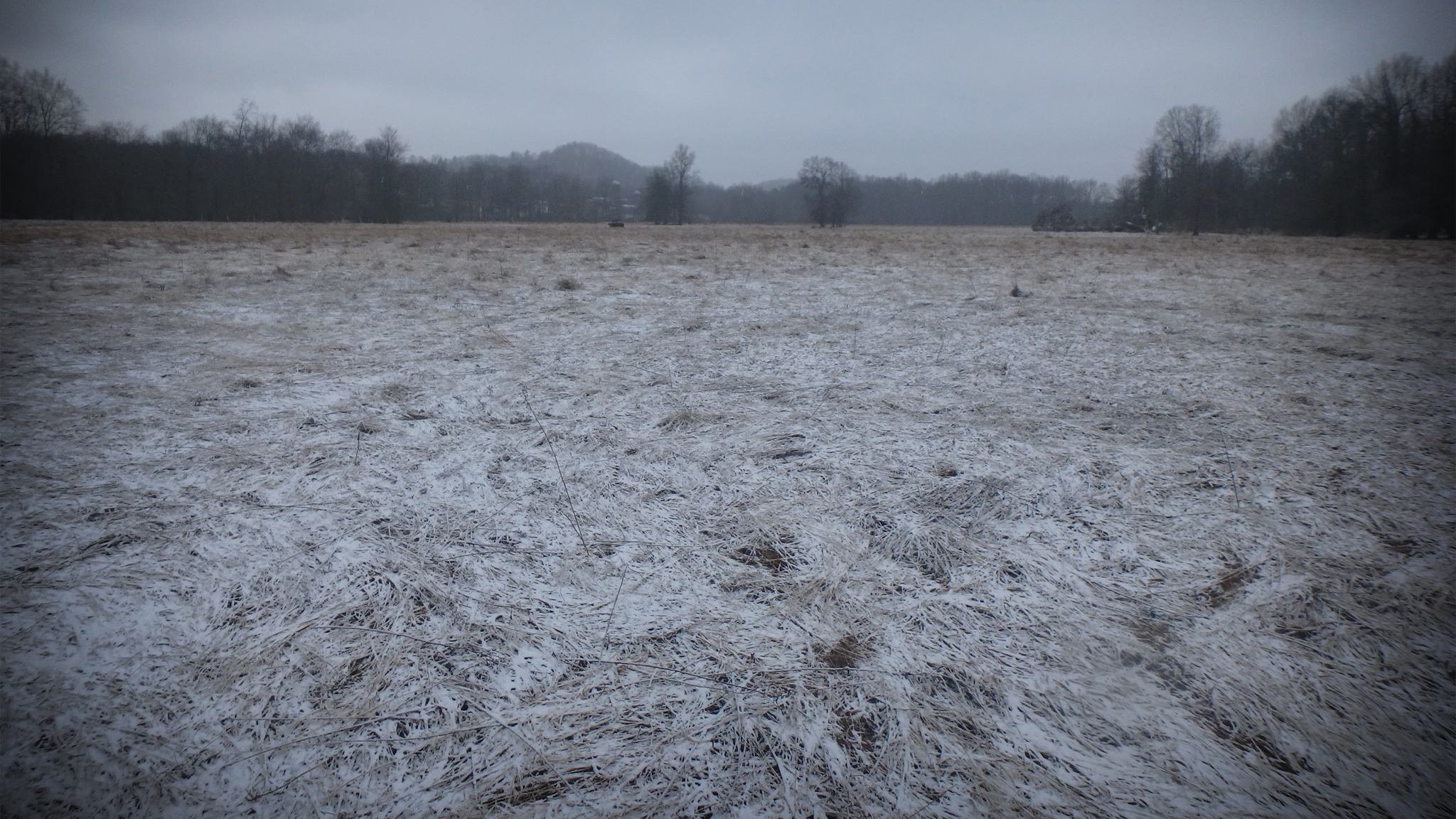 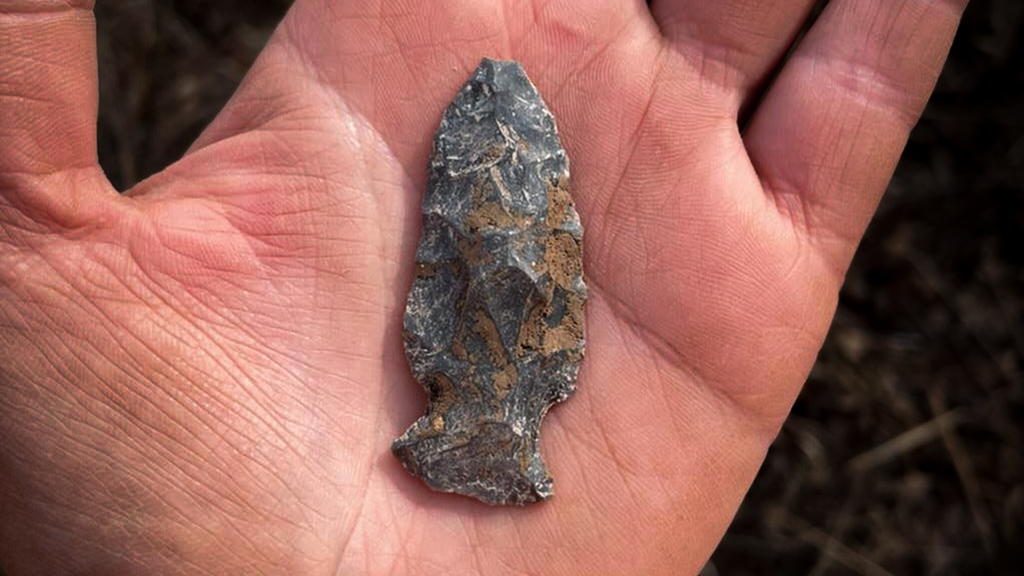 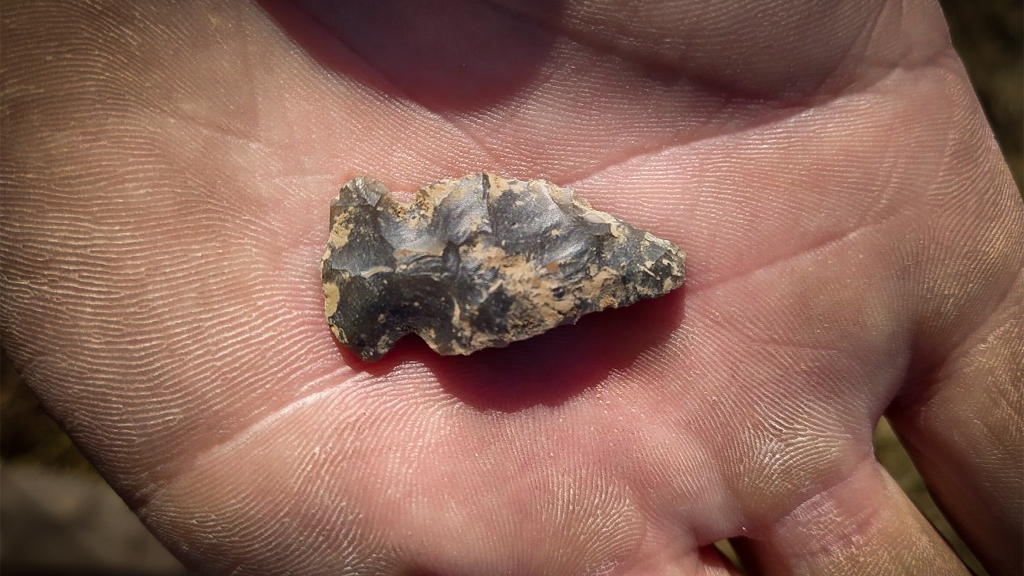 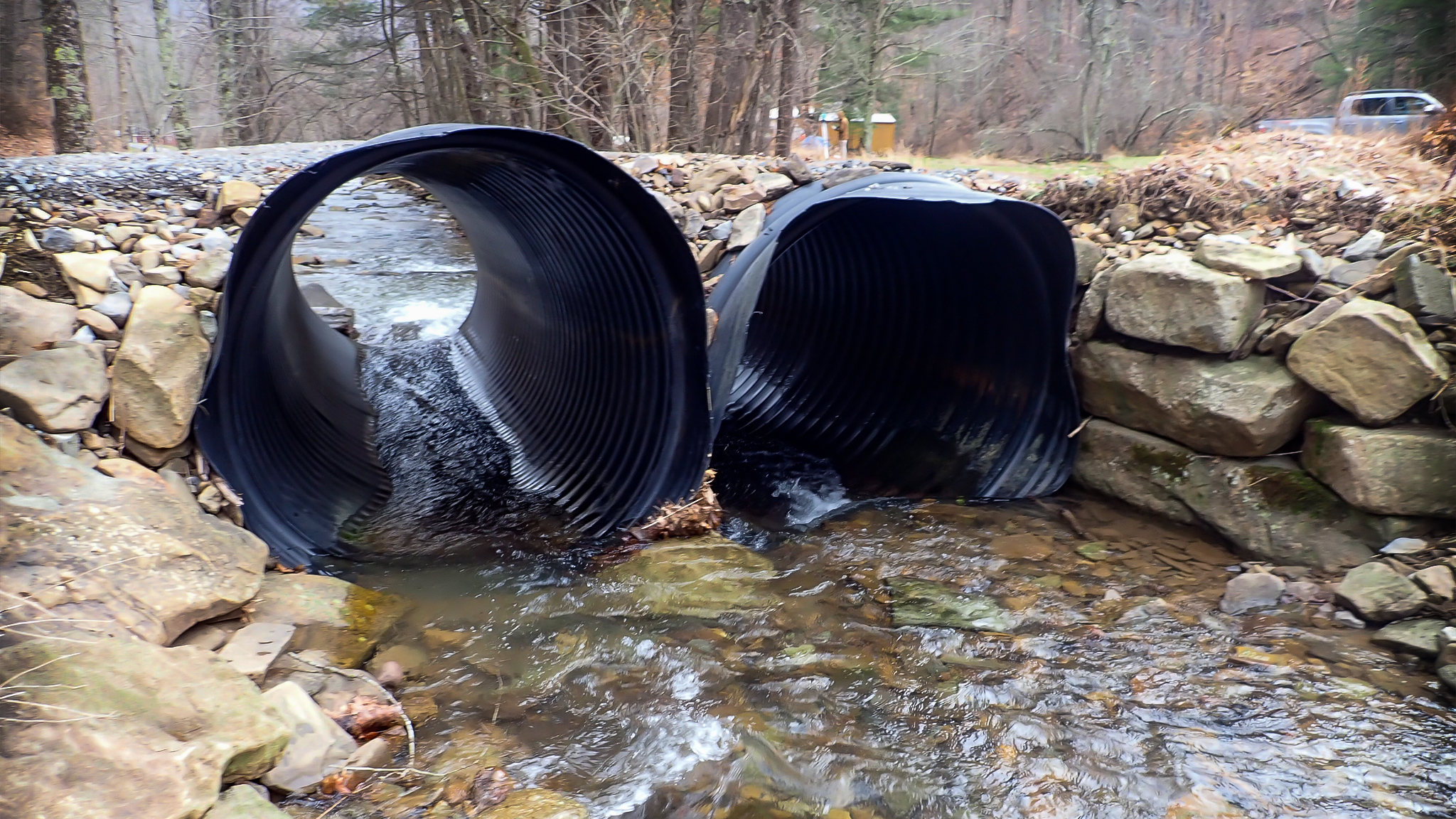 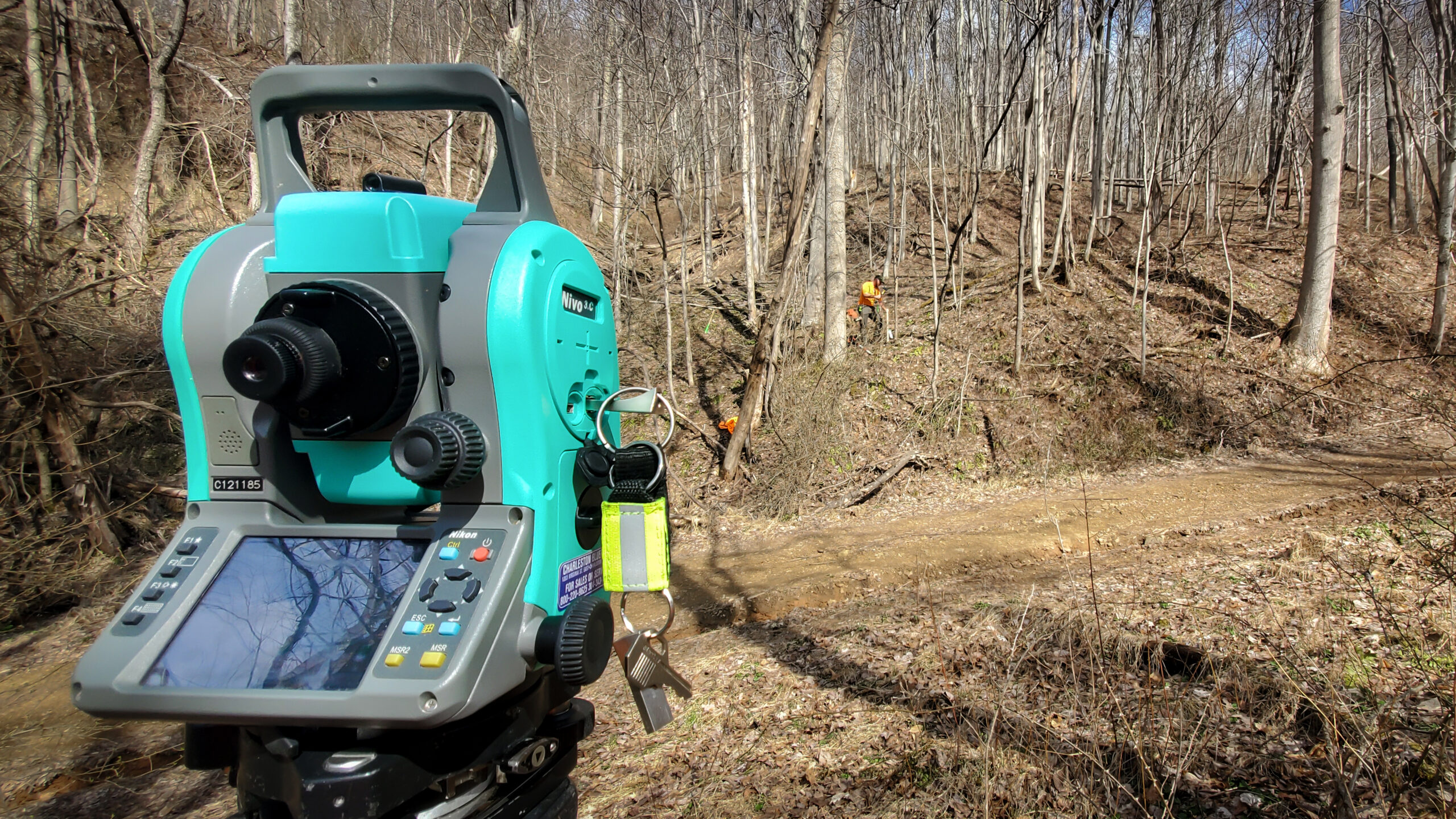 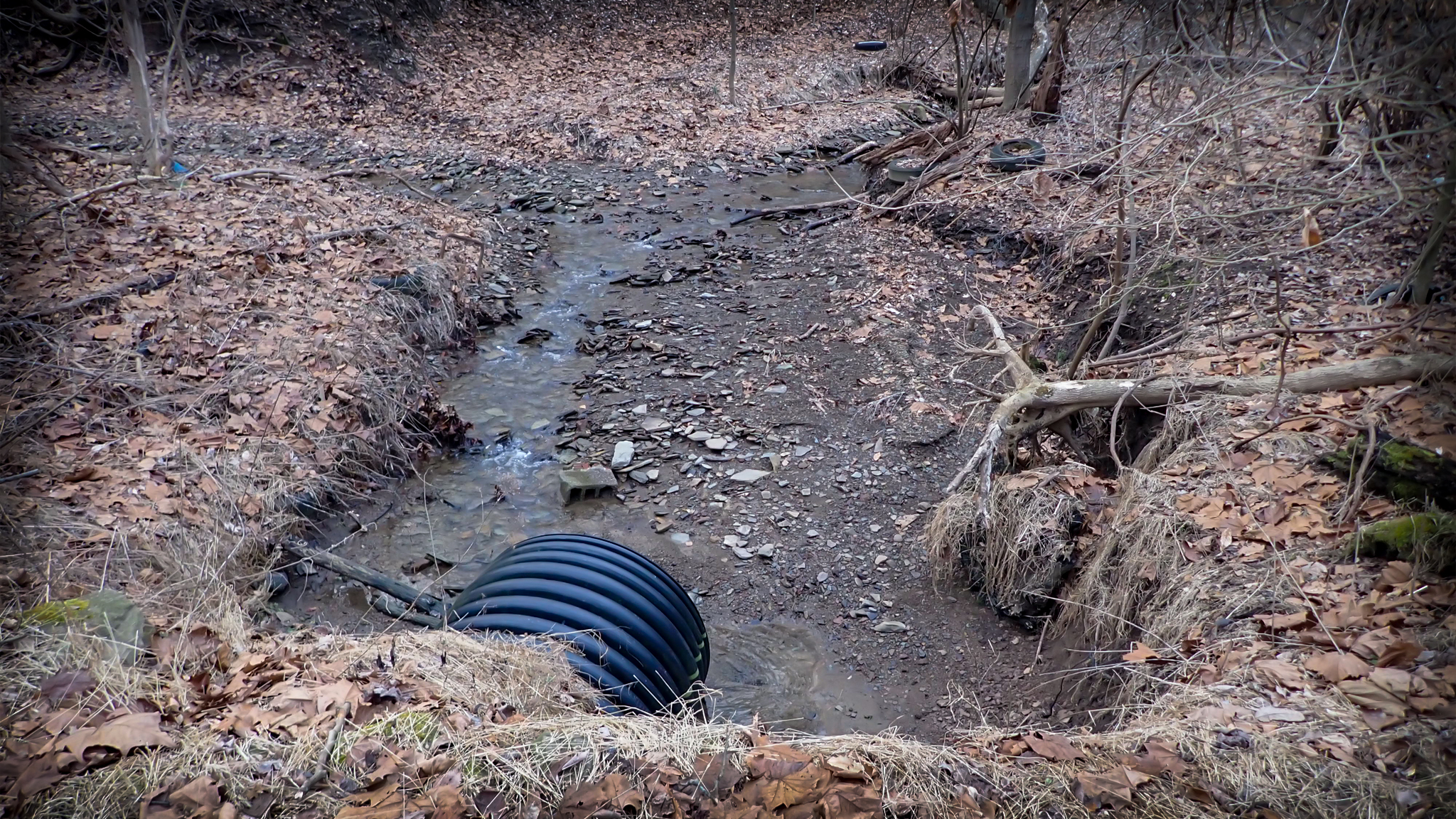 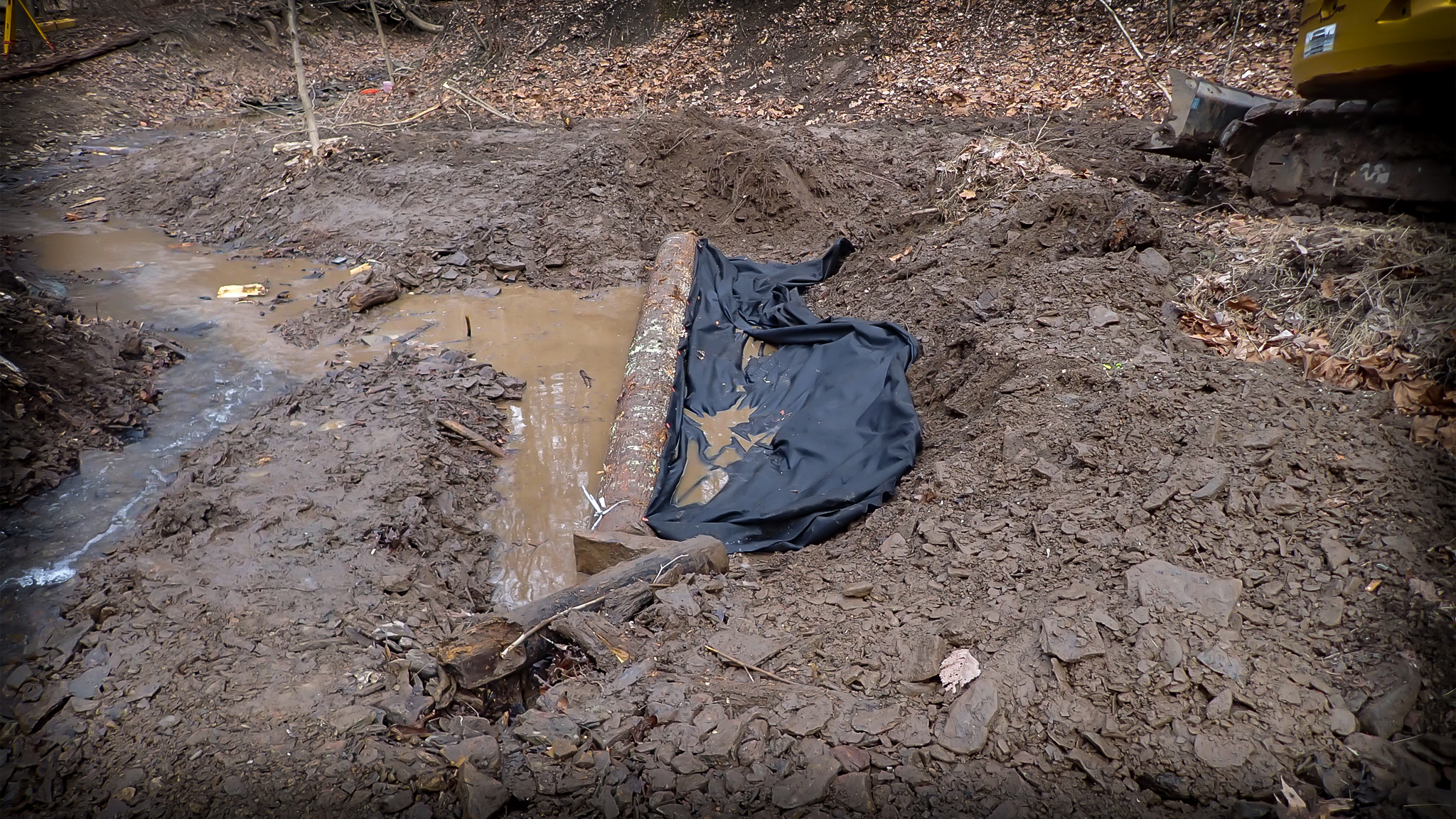 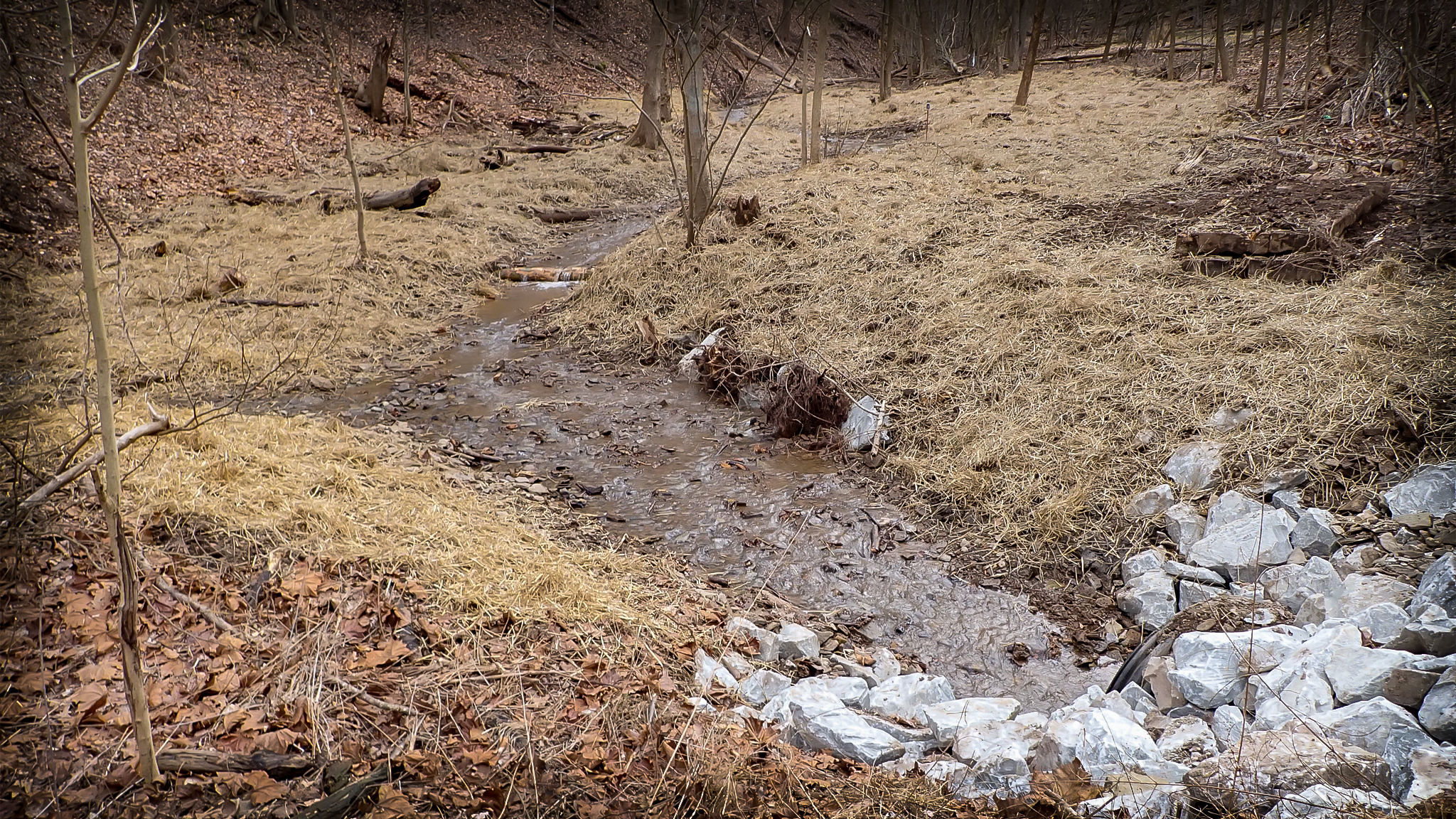 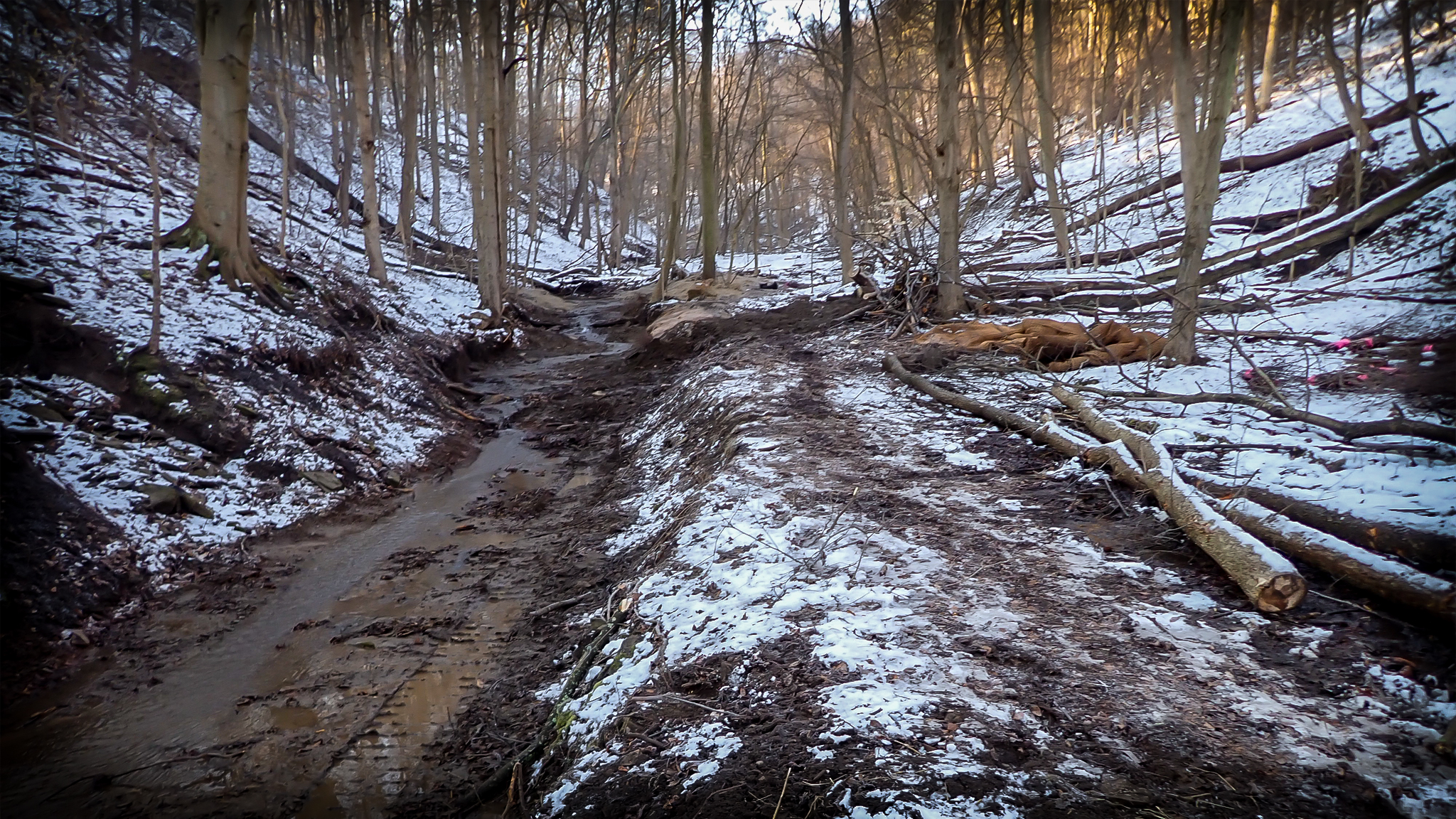 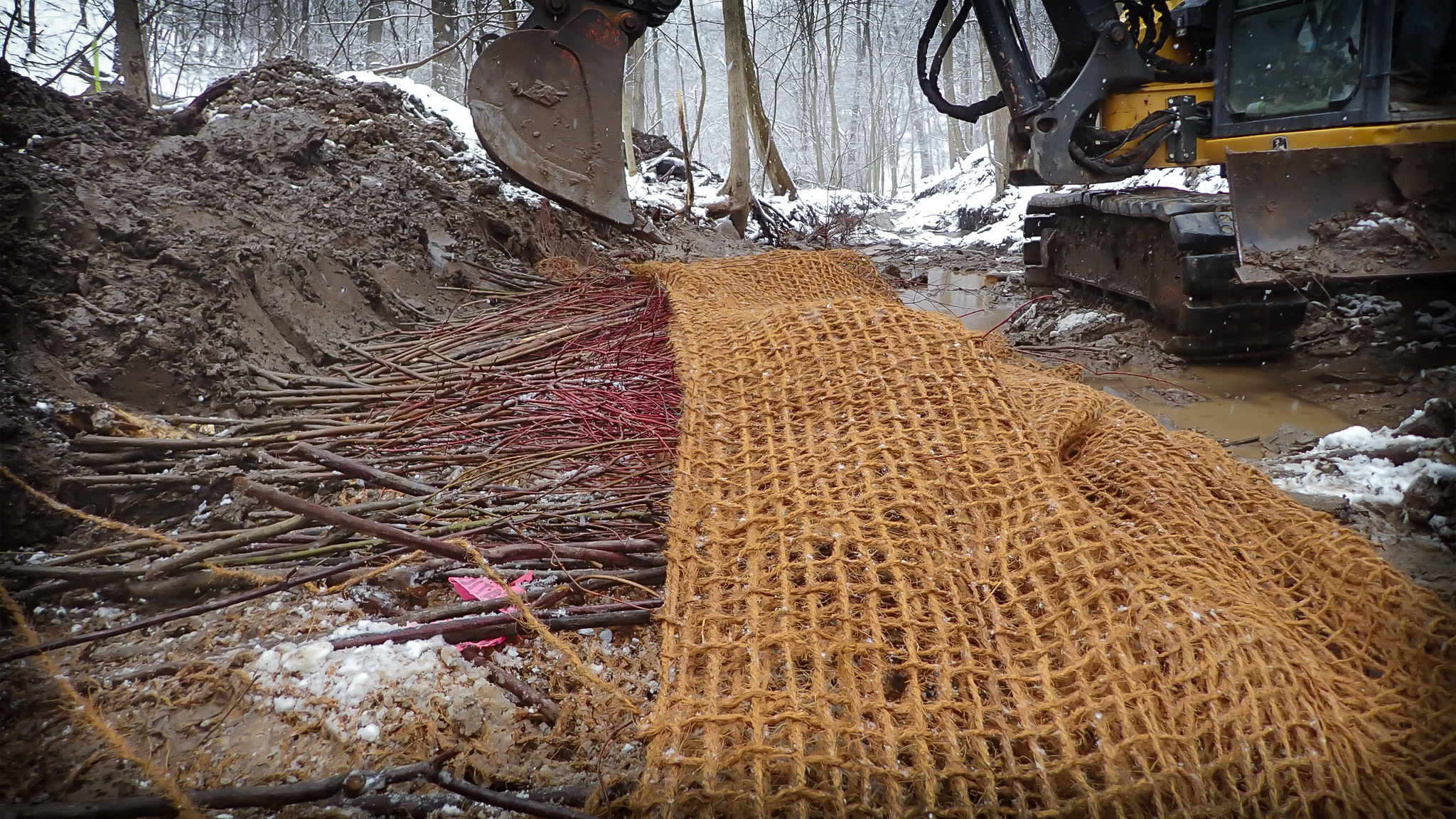 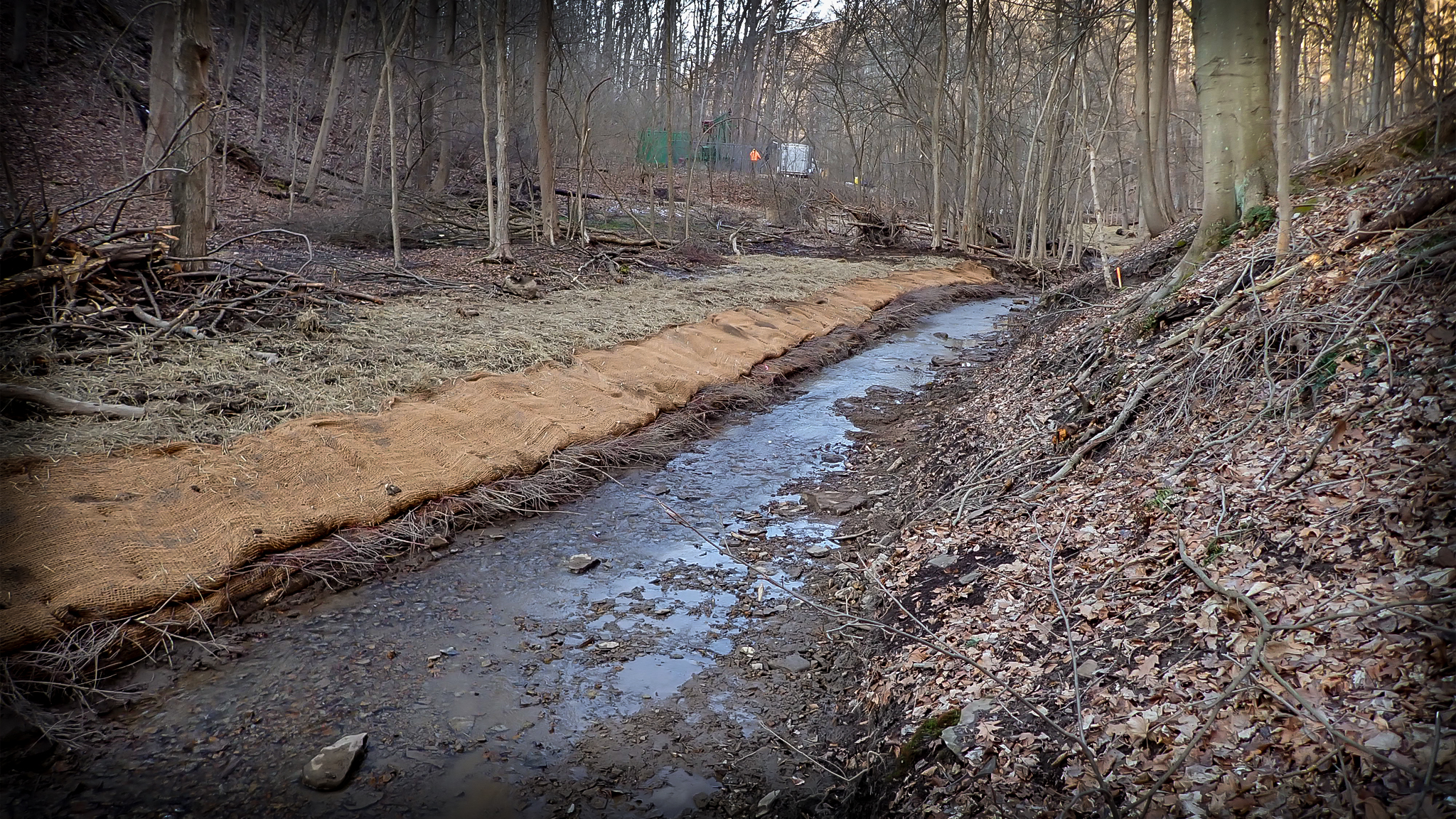 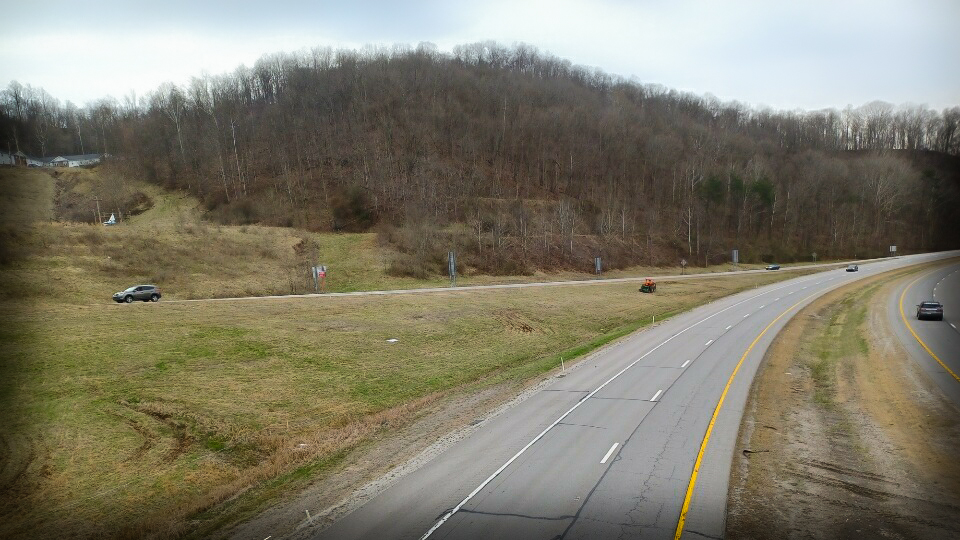 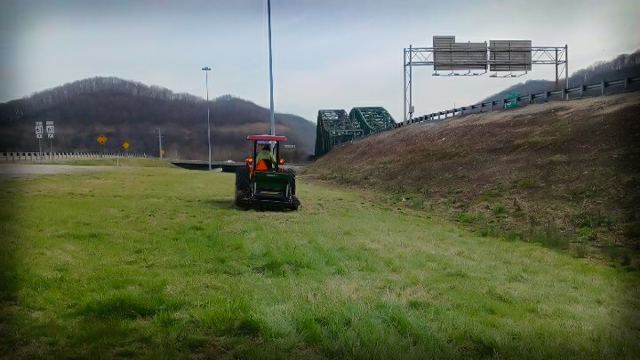 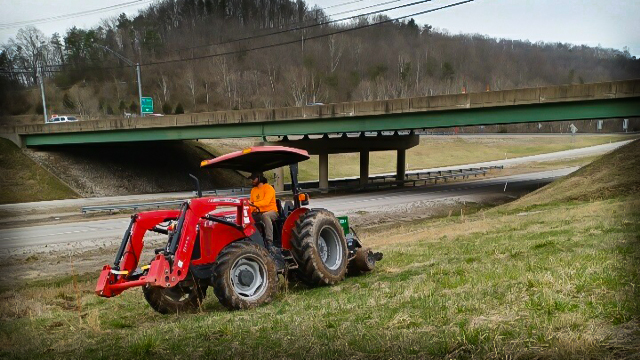 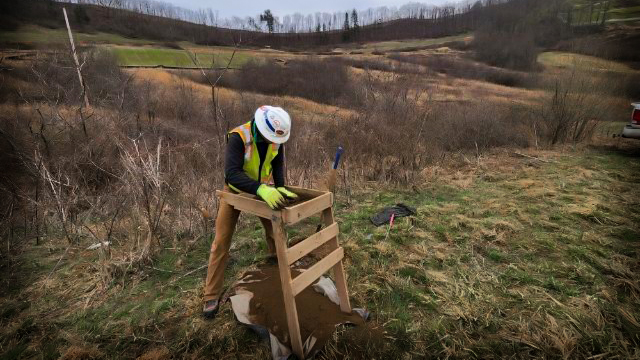 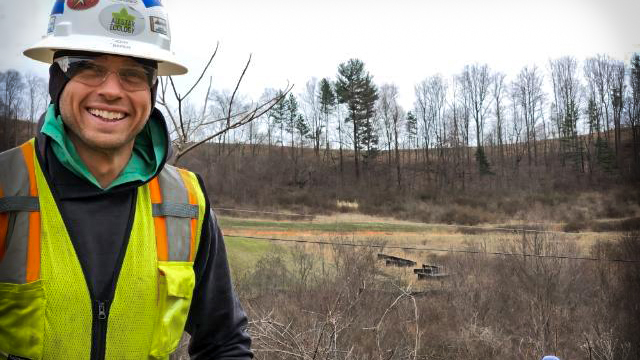 While the weather has been chilly and keeping some hunkered down, AllStar Ecology has been throwing on our long johns, brewing extra coffee, and watching the sunrise in the field. Oh yes, and we should mention the work we’ve been doing!

Our Bat Crew delivered a presentation and poster at the NEBWG conference in January. They covered our findings for different methods of snag creation for bat roosting which took into account tree species, tree girdling methods, and time for a tree to be considered suitable based on decomposition. The study built on previously tested snag creation methods and sought to fill gaps by studying the time needed to create snags using two different methods across three genera of trees and determine the effect of tree species on the creation of snags when paired with the two methods. The findings were also published in the peer-reviewed, open-access journal Forests alongside other papers focusing on the “Effects of Forest Management Practices on Bat Habitat and Community Structure.” The paper can be found here for more details.

In February, we were back at it in Greenbrier County to gather topographic and reference reach data to start our designs for the mitigation bank portion of land along the Meadow River. Our teams surveyed roughly 28.5 acres covering 3 valleys. These points help to field truth elevations and boundaries acquired from preliminary GIS data. After taking our almost 3,000 points back to the office, we will use reference data gathered from a nearby stable stream to begin designing for ~750 linear feet(LF) of restorative intervention along the original channel and the creation of ~3,000 LF of new channel to re-establish the historic morphology that has deteriorated over the years. We will also enhance ~3,900 LF of existing channel and preserve an additional ~1,000 LF of intermittent/ephemeral streams on site.

Our hardworking Archaeology Crew was right there alongside our Survey Crew doing a Phase I archaeology survey. Over the course of two weeks, they excavated 373 Shovel Test Probes (STPs) covering approximately 14.5 acres of testable area. From those, 77 positive STPs yielded several prehistoric stone tools and spearpoints, hundreds of flint flakes, a hammerstone, and several kilograms of Fire Cracked Rock (FCR). These STPs define the boundaries of three prehistoric lithic scatters and two isolated prehistoric finds which will allow for the development of the project to proceed while protecting our state’s cultural resources.

AllStar Ecology has been contracted to design an Aquatic Organism Passage Enhancement Project in Tucker County, WV.  The project will involve removing existing degraded dual culverts and installing a pre-engineered bridge to daylight the stream and provide natural substrate and habitat for aquatic organisms including Brook Trout (Salvelinus fontinalis).

AllStar recently received the green light to begin work on a 40 acre mitigation bank in Upshur County which will cover 7,176 linear feet(LF) of stream intervention. Level 1, level 3, and creation intervention will make up 30% of the stream work done while enhancement reaches make up 70% of the proposed stream work. AllStar is also planning to restore half an acre of wetlands on the site. Work is currently underway to clear invasives and prepare the site for construction.

AllStar Ecology has been contracted to design and build a portion of a stream as well as create wetlands for a wetland, stream, and buffer restoration and rehabilitation project in Jackson County, Ohio. The project includes restoring 2,000 linear feet of stream and re-establishing roughly 5 acres of forested wetland. AllStar will also be taking measures to prevent invasive plant growth and revegetate the project site through seeding and planting of native species.

We are going into our 3rd year of presence/absence monitoring for a WVDOH project. Over the course of our monitoring, our botany team has been tasked with conducting bio assessments and reporting their findings along with our bee team’s habitat assessments and surveys. So far, there have been no sightings of the endangered Rusty Patch Bumblebee, but we have found a Bombus terricola which is another rare find. These surveys ensure that new construction projects are minimizing their impacts on potential habitats for endangered species. Check out one of our older posts on Facebook about our other RPBB presence/absence surveys.

This project, completed over two weeks, stabilized 500 linear feet of banks by installing stream structures to redirect flow within the channel. Our construction crew then replanted and seeded all disturbed areas to prevent erosion and destabilization. Species planted include Silky Dogwood, Red Twig Dogwood, Black Willow, and American Sycamore with the majority of planting made up of Dogwoods and Black Willow.

We will also be traveling across the great state of West Virginia for a pollinator mitigation planting project which will cover more than 130 acres. We will be planting a variety of native flowers using a no-till drill and following up with invasive monitoring and management. AllStar Ecology will maintain the new planting sites for 3 years, after which we will train the new stewards to take over. Be sure to keep your eyes out for signs along interstates and highways next year, but maybe don’t stop to smell the flowers.

The AllStar Ecology Archaeology crew conducted a Phase I archaeological survey in Marshall County along a 1.9 acre proposed pipeline right-of-way. Due to a previously identified archaeological site adjacent to the proposed pipeline, we were contracted as part of their due diligence to protect potential culturally significant land. Alternative routes for the pipeline have been considered in the event that the site meets the threshold for protection. Once a thorough investigation has been conducted, a report detailing recommendations for classification will be submitted to WVSHPO for review. 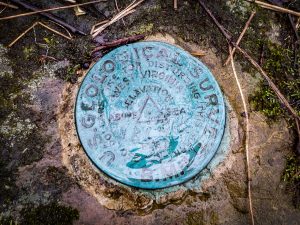 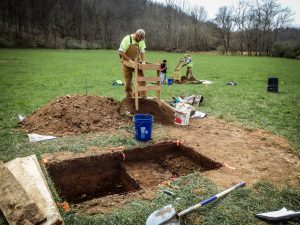 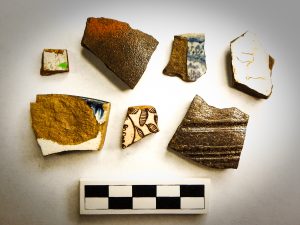 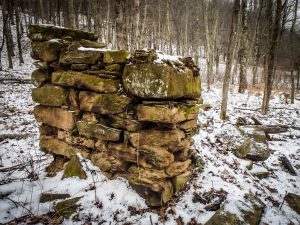